I have one question; How??? How do they do it? How are they so strong and so flexible??

I can’t remember how many times this evening Siobhan and I said ‘that’s insane’ or ‘that’s crazy’ while watching Cirque Du Soleil. It’s incredible, there’s no other way to describe it without being cliché!

This is the first ‘circus’ that I’ve been to, and I think I may have started at the wrong end? I can’t imagine how any other show can compare to this.

However sorry for the terrible photos with this blog post, I was enjoying it too much to care about getting the focus right. Plus my phone doesn’t seem to like low light photography. 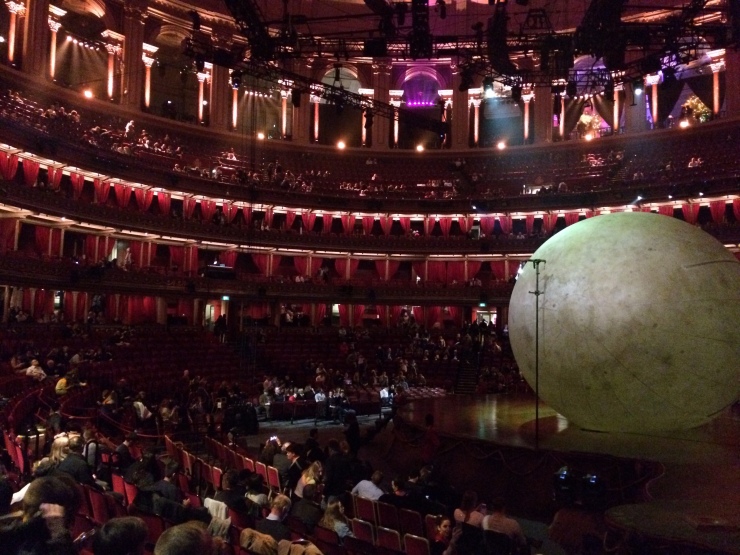 Ovo is the latest of the Cirque Du Soleil performances currently showing in the Royal Albert Hall in London, and is a combination of acts you expect to see in a circus but with a skill level that will surprise you. And it’s insect themed. Random huh?

The acts themselves? They range from clowns (some kind of fly?) a ladybird and a beetle led the way with slapstick humour, getting members of the audience involved at times, to a ‘dragonfly’ who could bend so that his head was touching his bum and could support himself on one arm, bent at the elbow.

A aerial act performed by two ‘moth’ like characters, almost ballet like performing acrobatics while in the air, sometimes with only minimal grasp supporting each other.

The second trapeze act almost gave me a heart attack, I know there was a safety net but still! People being spun through the air, passed between one person to another, looping around and being passed back across the stage. 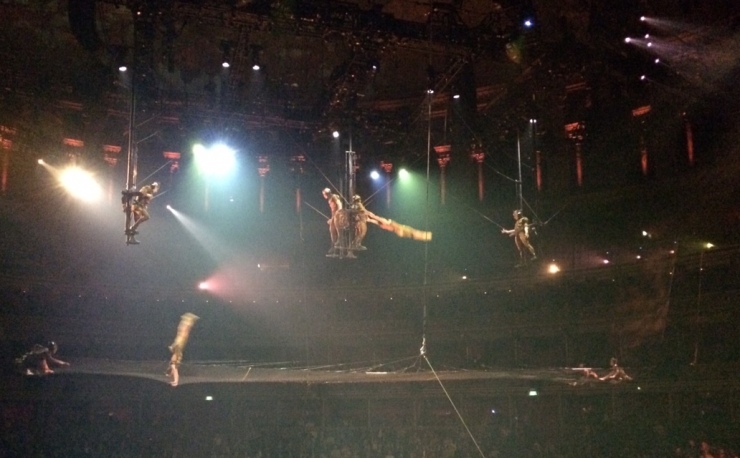 A tightrope walking unicyclist, so I need to say more?

And for the finale some acrobats climbing up walls, to jump off land on their backs on trampolines to bounce back up to the top of the wall. 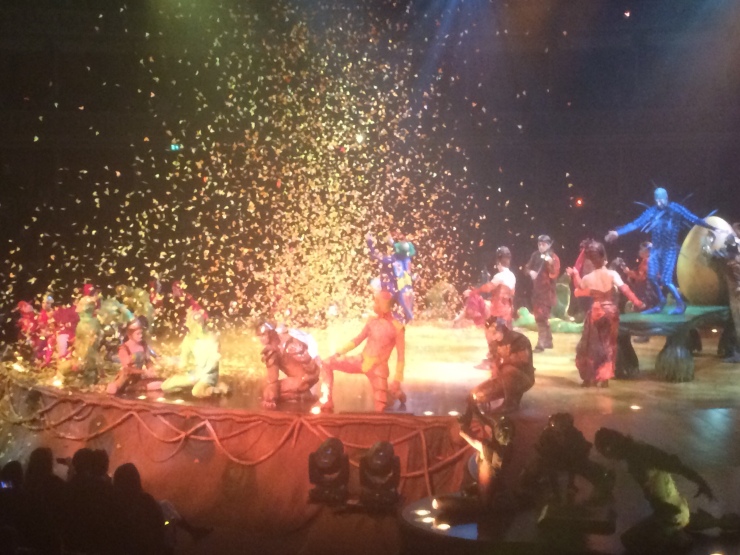 Fantastic show, go see it if you get the chance 🙂