One of the things I love about Cambridge is how much goes on here. It feels like most weeks throughout the summer there’s a festival or concert of some kind for entertainment. Last week was the Beer festival which I admittedly didn’t go to, I’m not a massive fan of beer (everyone laughs at the faces I pull when I try a sip of it, and no the faces aren’t intentional) but that, to me marks the beginning of summer festival season!

This week it was the Strawberry Fair, a one day free arts, performance and music festival run by volunteers. A few years back it had a few issues with it being used for more dubious purposes, but its back again with a bit of re-branding and is now classed as ‘family friendly’!

Strawberry fair is more ‘individual’ than a lot of the other fairs I’ve been too, there were a couple of traditional food and ice cream vans but there was a greater variety of entertainment and food compared to a regular fair.

There were at least five different stages for the variety of bands, so if there wasn’t anything going on on one stage or you weren’t feeling that band you can move onto the next 🙂 Even with the amount of people that were out it didn’t feel too crowded and as it was sunny it was nice to be able to sit on the grass, have a drink and listen.

There was also an emphasis on ‘local’ with the bands competing in the weeks before to play at the Strawberry Fair playing their own original music in whatever genre, and a performance from the Cambridge Community Circus etc. There was a kids park, with some inflatables and some comfy looking armchairs, which looked like something my nephew would enjoy.

There was also a couple of tents set up for debates on things like the NHS and other social issues, plus areas for spoken word and craft workshops. It was interesting to see a variety of things going on, not just the standard stalls and rides which ends up costing a fortune, but getting to wander round and listen in to whatever caught my eye or listen to a band that I hadn’t heard before. 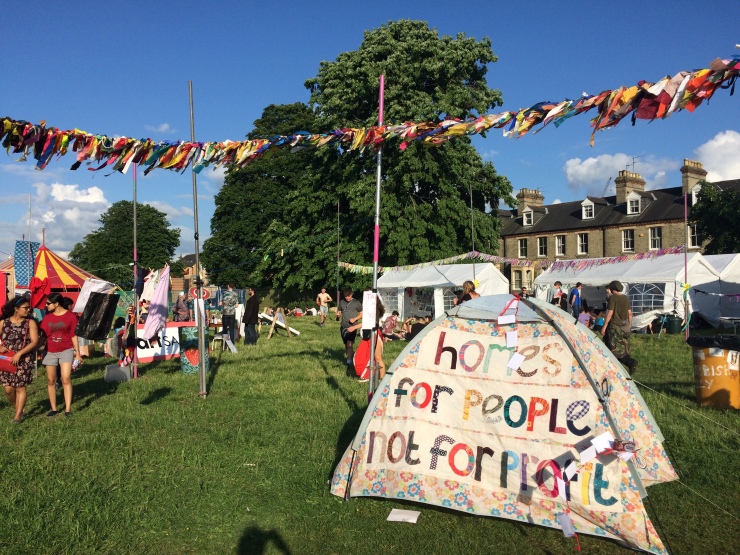 Its a very colourful fair, lots of decoration, people get dressed up with a alternative style, lots of glitter and face paint. I liked how people got into the festival spirit, dressing up in cosplay or ‘fancy dress’ there’s something so fun about having the chance to dress however you like. I spent a while wandering around just enjoying the atmosphere and generally people watching.

I loved wandering around the stalls, looking at all the clothes they were selling and trying to stop myself buying yet another bag. The clothes were beautiful, they reminded me of shopping in a Moroccan market, lots of bright colours and patterns, it really got me in the mood for a summer holiday, just need somewhere to go now! 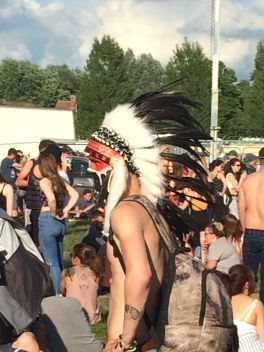 Hope you’re all having a good week! And please can we have more sunshine?