Originally the Seabreacher (or Little Orca as I call it) wasn’t part of my bucket list, I only heard about it when I went to book my original idea of flying lesson and saw this as one of the alternative ideas that I might enjoy. (I’ve already been flying with a friends Dad who has his own licence so this was a chance to try something new. I watched the video and knew that it was something that I had to try. 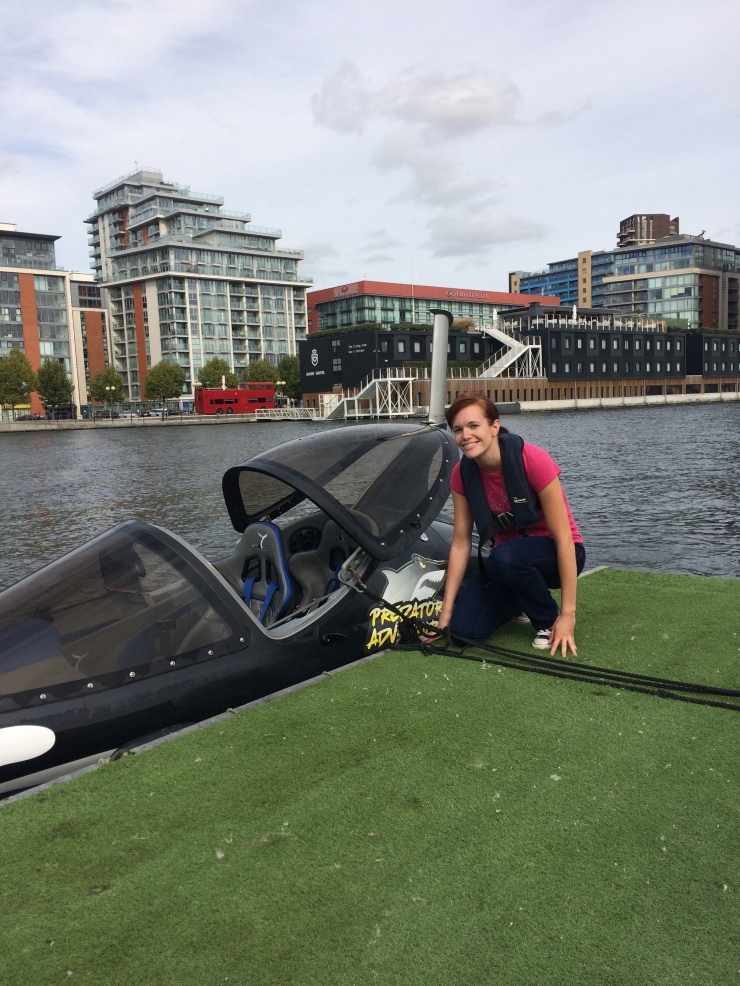 The Little Orca is run by Predator Adventures based in London and is the only one in Europe. Its like a mini submarine shaped like an Orca with glass top and sides so you can see out and can go up to 60mph on water, 40mph under the water, go down to 6m and jump as high as 2.5m (which may not sound like a lot until you’re doing it!) Definitely one for adrenaline seekers!

I booked my session for 2pm yesterday and turned up slightly early to watch other people having a go and generally find out where it was etc. No problems there it was very easy to find on London Docklands, which although not the prettiest setting it didn’t really matter, its all about the fun 🙂

I met the team and went through a safety briefing, was given a life jacket (just in case) and got squished into the Orca, not kidding its fairly cramped once you’re in, but not uncomfortable. I preferred it like that, once you’re speeding off it means you cant get jostled around too much! 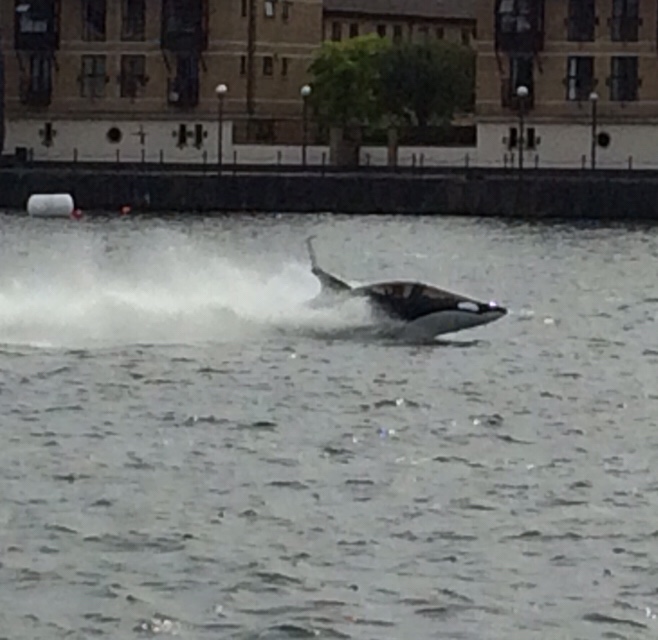 Adam was lovely, chatting to me as we headed out and checking I was ok, if I was enjoying it, if I wanted to do more jumps etc. At first we started off fairly gently, doing a few turns and corners. Once we’d ‘warmed up’ he started going under the water, sometimes with just enough so you could still see the sky, and sometimes so we were completely submerged. It was really cool to watch the water splashing across the top of the submarine with bits of light and blue sky coming through. It made my ears feel funny, and had to keep popping them, but nothing major. 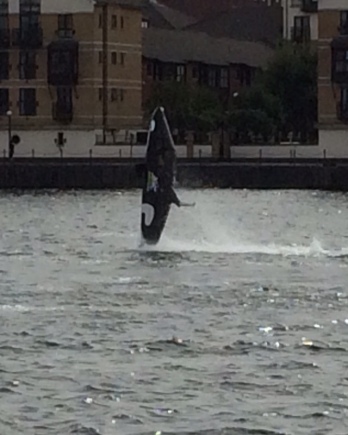 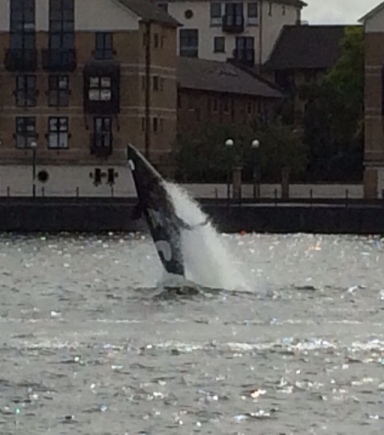 The jumps were amazing, Adam would take the Little Orca down under the water a little and jump vertically up before crashing down onto its belly, making waves crash over the top of us then speeding off again to do some smaller horizontal jumps. Its like being on a freestyle roller coaster where you don’t know exactly whats coming next which makes it all the more exciting. I couldn’t stop smiling a massive cheesy grin the entire time 🙂

After the ‘ride’ they took a couple of pictures of me with my Little Orca (shame you couldn’t have a go pro filming it all!). I absolutely love it and so glad I changed my mind to try this instead 🙂 If you get the chance yes its expensive but its brilliant!